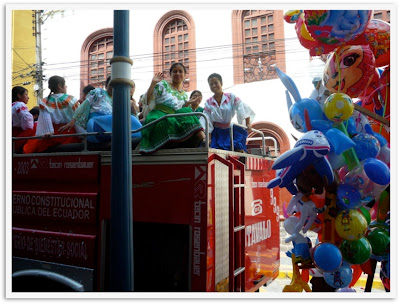 First we want to thank all of you who have left comments. We enjoy reading your reactions as much as we hope you are enjoying this blog. We love to hear from everyone at home, so please keep the comments coming.

We had all decided the night before that Otavalo was not the town for us, so after breakfast we decided to hit the textile market one more time before we left. Mom and I headed down the street towards the market with Bob and Rod trailing behind. On the way I saw a crossing sign and just had to take a photo. It was so appropriate judging from the way people drive around here. When it is time to walk the sign shows a little green man running and a timer starts counting down. Believe me you had better be across that street when the man turns red. 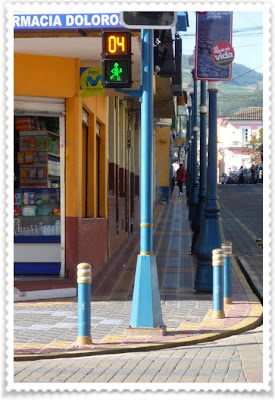 We arrived at the market and had a much better experience than the night before. We were actually able to find a vendor that spoke pretty good English and Mom and I ended up buying several things from her.
We headed back towards the hotel to wait for Carlos to pick us up and on the way back we noticed that the streets had filled up with school children sitting on the sidewalks. It was obvious there was to be some sort of parade. 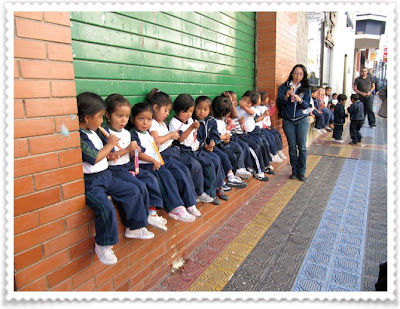 Pre-schoolers Waiting For The Parade
Once we got back to the hotel and checked out we sat down in the lobby and waited for our driver. Of course Mom and I saw some stray dogs, so we bought some bread and were feeding them in front of the lobby. One of the dogs turned his nose up at the bread and then his owner who was standing behind us said “No No! beef or chicken only”, sometimes you can’t tell the street dogs from the domestic dogs. 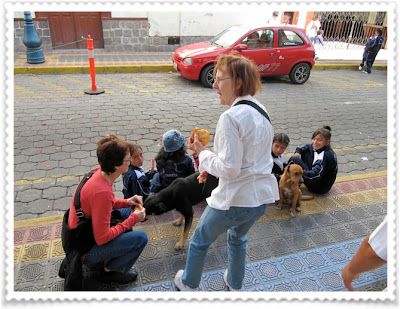 By this time the streets had filled up even more with onlookers and you could just tell by the excitement in the air that something big was about to happen. We then heard music and knew the parade was about to begin. We had a great vantage spot as our hotel lobby was higher than the street and they had the two front entrance doors wide open so that we could watch and take pictures. There were people everywhere.. children, vendors, older people, dogs, tourists, business people, you name it they were there. 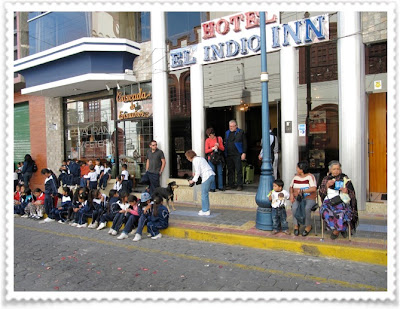 The Streets Were Beginning To Fill Up


That morning turned out to be an absolute blast. The parade lasted probably about an hour and everyone was having such a good time. There was music everywhere, people dancing in the streets and spraying each other with cans of foam much like hair mousse. There was so much to see that I am posting as many pictures below as possible for you to enjoy. 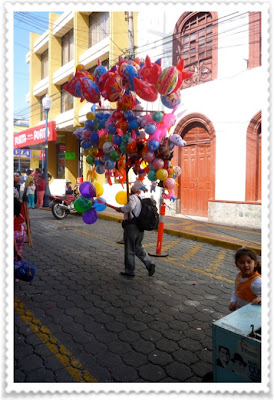 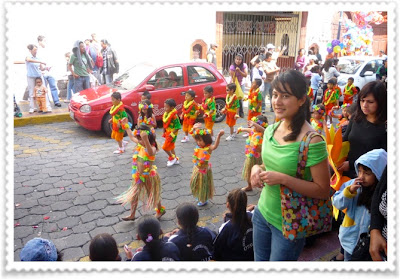 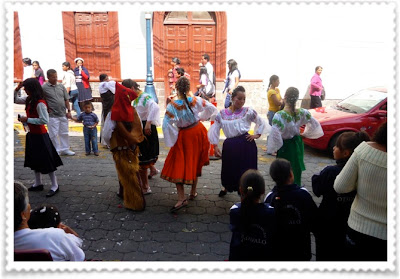 Dancing In The Streets 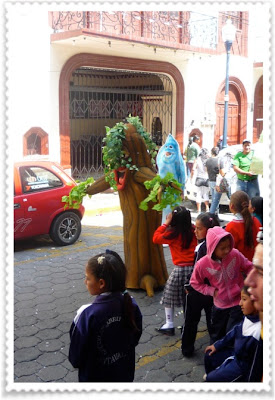 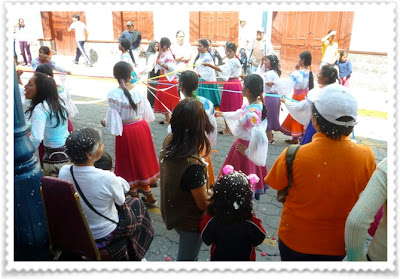 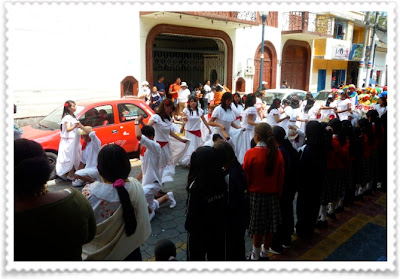 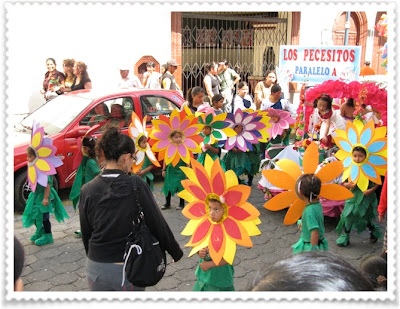 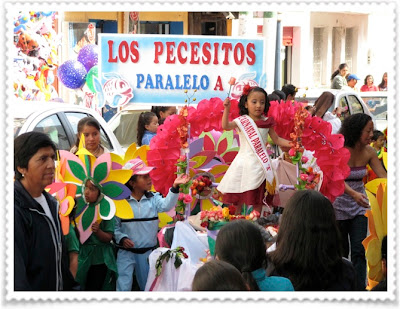 Throwing Rose Petals From The Float 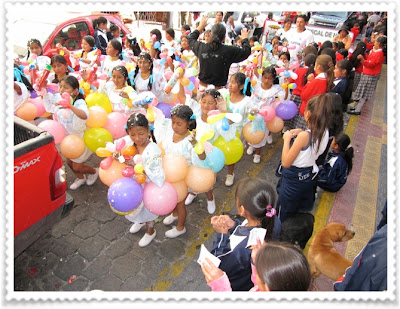 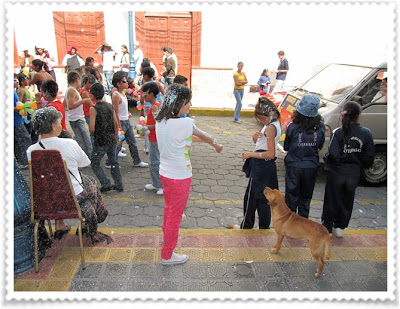 Everyone Is Getting Foamed 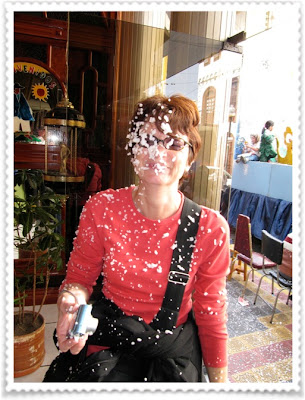 Including Me (I Never Saw It Coming) 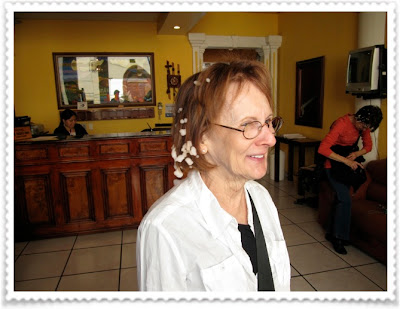 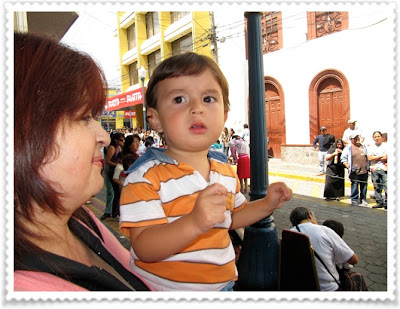 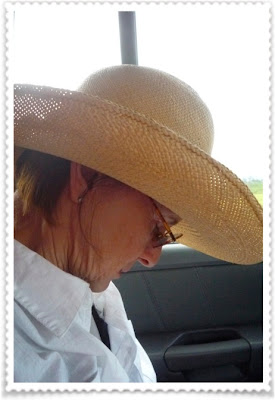 Too Much Fun Mom Needs A Nap