A Day In The Amazon 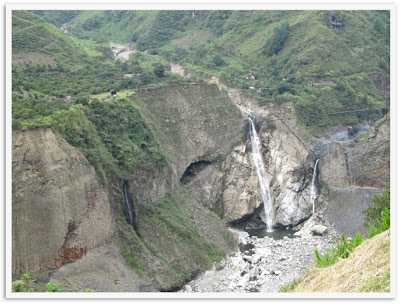 Today we took a day trip into the Amazon Rainforest. Yes I know I didn’t get my shots and I’m hoping no bad bugs bite me. I really had no idea we would be going into the jungle, but it was an opportunity I couldn’t pass up bugs or no bugs. We started the day driving through the Andes Mountains towards the Amazon.
The views were spectacular and we saw so many waterfalls I lost count. It is truly amazing what nature is capable of creating and we were so lucky to have witnessed its awe inspiring beauty. 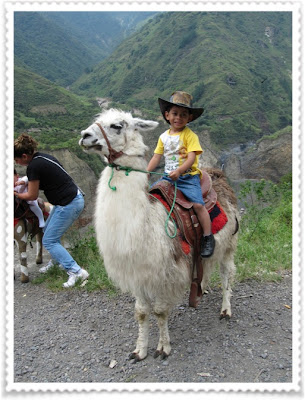 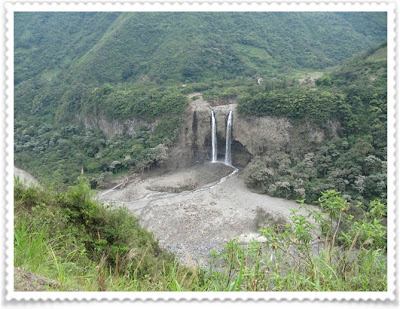 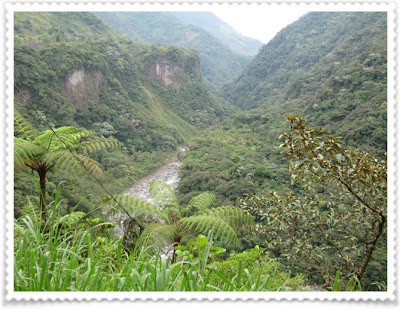 Carlos says there are two seasons in the Amazon...when it rains and when it rains more. Fortunately we didn’t catch any rain and we had a clear view the whole day. We stopped along the way at a hiking trail and decided to hike down to one of the waterfalls. It was a long steep trail and as we were descending we passed a lot of folks on their way up. They were all huffing and puffing and many of them even had their shirts rolled up as far as they would go without being indecent. The sweat was dripping off their foreheads and they looked as though they were about to pass out. 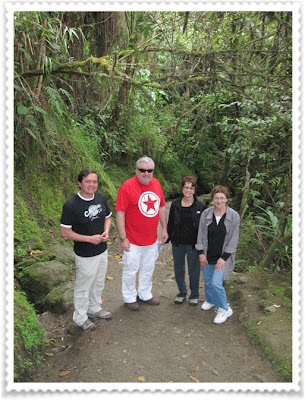 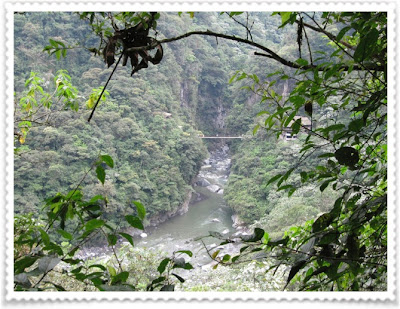 We all decided we would brave the trail and hike on down to the waterfall. The foliage on the way down was astounding, so lush and green, we were truly in the rainforest. Several yards before we reached the waterfall Rod decided he was going to make the hike back up to the car for fear he would not make it (too many years of smoking). Carlos, Mom, Bob and I forged on and made our way to the waterfall. 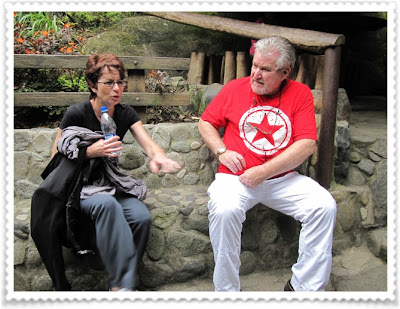 It was truly amazing to see such a force of nature in person. At one point we were able to make our way through some very tight crevices in the rock in order to get a better view of the waterfall. We had to almost crawl on our hands and knees to get through, constantly hitting our heads and backs on the rock ceiling as we forged ahead. 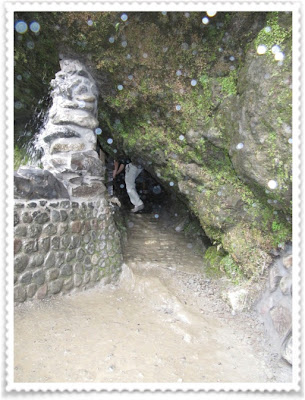 Me Heading Up to The Waterfall Through The Crevices 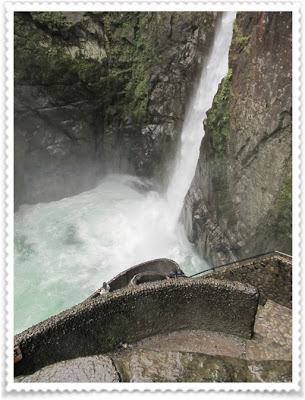 Nearly The Top Of The Waterfall 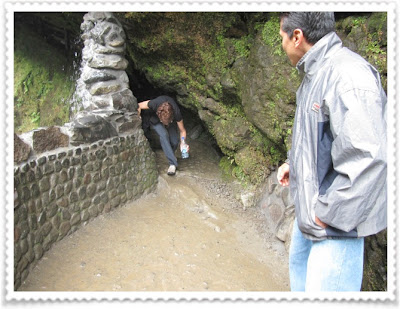 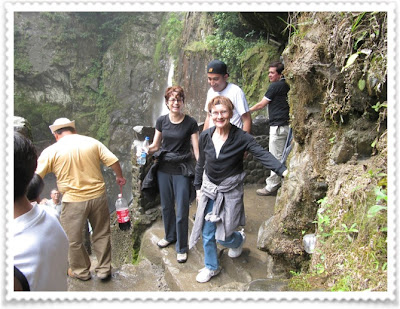 Once we got through the tunnels there was a lookout point where you could take photos. Mom and Bob decided to stop and Carlos and I decided to go even further and climbed up yet another crevice that lead us right underneath the waterfall. It was a very tight fit and only one person could go up or down at the same time, but once you were actually under that waterfall it was incredible. You could hardly hear yourself think for the roar of the water.

When we returned to the trail we decided to go across a suspension bridge high above the raging river that the waterfall fed. That was an experience, especially for Bob who has a severe fear of heights, but he was a real trooper and stepped out onto the bridge with us. 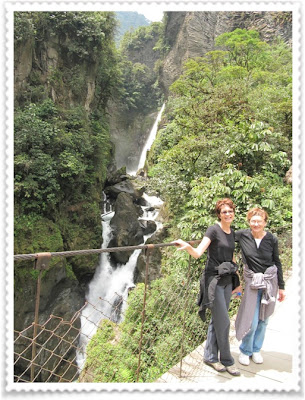 Mom and Me On The Bridge 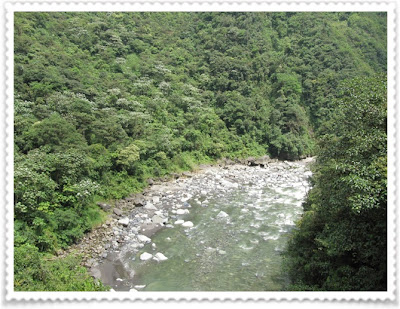 Before heading back up the trail, we stopped for a cold drink and sat and enjoyed the view. Soon after we started back up the trail huffing an puffing like the rest, but knowing it was all well worth the sore muscles that we would endure the next day. Rod was waiting for us at the top where we learned that he had managed to scare off a few potential hikers.

We were now on our way even further into the Amazon to the town of Puyo where we would enjoy an authentic Ecuadorian lunch at the Hosteria Turingia. The weather had become quite hot and humid, quite a change from where we had come from high in the mountains. After lunch we were all ready to head back to the Luna Runtun, especially Mom and myself who had massage appointments, just what we needed after a long day of sight seeing and hiking.
On the way back to our hotel we had quite a good time watching all the festivities and antics of carnival. If you recall I had mentioned that we would be in Ecuador during Carnival a big celebration that is celebrated with parades, water throwing and just plain silliness. The Ecuadorians only have four days to carry out this mayhem and after that they must repent and be on their best behavior, so they really take full advantage of the four precious days that they have. 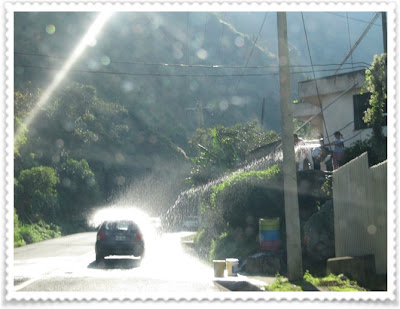 Cars Being Hosed Down From Rooftops

There was lots of water throwing on the way back and we had to be careful to keep our windows rolled up in order to stay dry. It was a lot of fun to watch the open slat board trucks and open air buses drive by full of people only to get drenched by kids with water guns, hoses, water balloons and even just pots of water. The kids were having a great time and the people they were dousing didn’t even seem to mind. It was great fun for all. 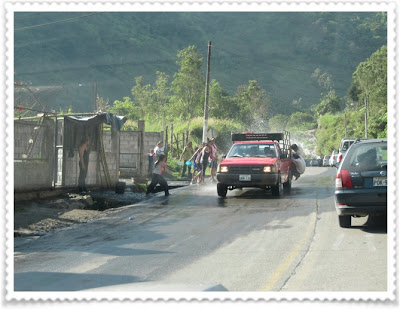