Time To Get To Work 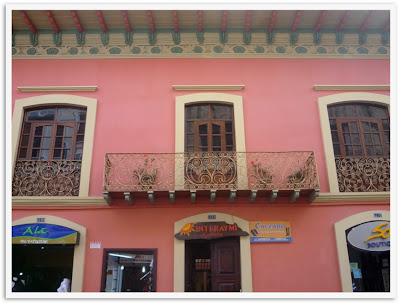 We took it easy on Sunday and stayed close to our hotel. Rod got to watch his football games so he was a happy camper, while Mom and I did some exploring on foot. We walked up and down the streets looking at the architecture and trying to get some ideas. We mostly got lost though and decided we desperately needed a compass. 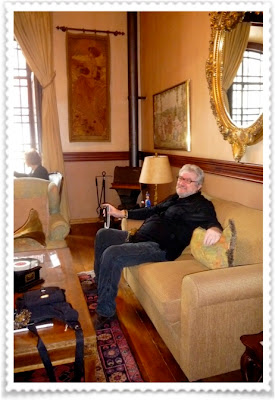 Rod’s Happy He Can Get NFL In The Hotel

When we returned to the hotel Rod was still watching football so we decided to read some books about Ecuador or should I say look at some pictures as all of the books were in Spanish. For dinner the three of us decided to go to the square and eat at the restaurant Rod and I had discovered on our last trip.

When we arrived at the restaurant we saw that it was closed and there were signs posted all over the front doors with dates on them. We couldn’t read them but Carlos explained to us later that the restaurant had broken some sort of law, most likely they didn’t have a proper permit and they were shut down at least for a while. We were really disappointed as this was one of our favorite restaurants.

We did find another place to eat and the food was O.K., but the service was really lacking. Rod decided he would wait to eat back at the hotel. Mom and I split a dessert at the hotel while Rod enjoyed his dinner.

Monday morning we had scheduled Carlos to pick us up to run some errands. We had decided early on that we wanted to look at flooring, tile and some other building materials for the house. We were mainly interested in getting prices and availability of materials.

Carlos drove us to the mall where there was huge store that sold everything from power tools, to dishes, to clothes to appliances. We have heard that power tools are very expensive in Ecuador and boy was that right. We immediately started thinking of ways to Get Rod’s big table saws and routers over without having to put them in a container. This is something I will have to look into once we are back in the states. 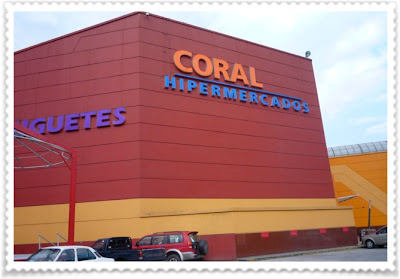 Walmart And Home Depot All Rolled Into One

We also wanted to work on finding an architect and later on in the day we would meet with the lawyer to go over some questions we had. In the meantime we decided to go look at the house for the first time since we had returned to Ecuador. Rod and I had already seen it a second time on our last trip, but this would be Mom’s first time to see the house since we had bought it.

We tried to warn her, but I don’t think she was prepared. The walk through the house was very quiet as we all noticed the leaking roof, cracked ceilings, uneven floors and general disrepair. The house had been sitting vacant for eight months and had deteriorated more than we had remembered. 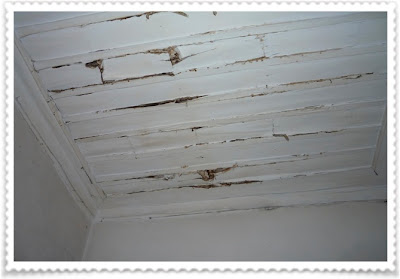 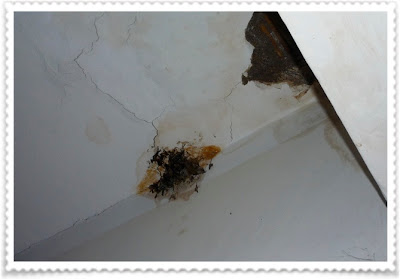 Some Very Scary Stuff Growing On The Ceiling Yikes! 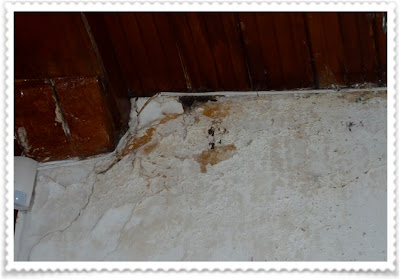 Water Stains & More Scary Stuff Growing On The Floors
After the initial shock it was time to get to work and make some decisions. Carlos had managed to get a hold of an architect through someone he knew and he was to meet us at the house. We learned that this particular architect had been called in originally by the sellers for his opinion on what they should price the house at.

Interestingly enough this architect also feels quite strongly that this was the Arch Bishops house at one time. We may never know the true history of this house, but Mom says the Arch Bishop story is much more interesting than the priest story and she’s sticking to it.

Of course if it truly was the Arch Bishops house this would factor into what we could or could not change in the remodeling process. There are a lot of elements we would like to change, so I don’t know if it is a good or bad thing. The architect seems to feel the house would be rated a number two, which means that we could change some things, but the facade would have to be preserved as well as the original floor plan.

We spoke with the architect for some time and learned that his son is about to graduate from architectural school and that he speaks very good English. This would be a total plus for us as we have had such difficulty in the past with the lack of communication from the other architect that we had originally hired.

We made an appointment to meet the architect and his son at the house the next afternoon so we could give him the plans and get a quote on fixing the roof. After returning to the hotel Mom and I decided to take another adventure walk and check out some of the other renovation projects going on. Mom and I just happened to pass a building that was being renovated and there was a rickety scaffolding made out of bamboo around the building. Wow was this ever scary, if you look closely at the bottom you can see that there is a broken piece that has been mended with a couple of boards. 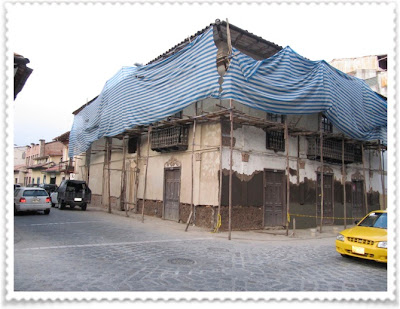 Looks Pretty Scary To Me!

Tomorrow we would be checking out of our hotel and heading over to one of our favorite hotels the Kookaburra where we would reside for the next nine days.

The Kookaburra is where Rod and I stayed last time we were in Cuenca. The owners Chris and Jenny are two of the nicest people you will ever meet and very accommodating. The rooms are very comfortable (there is one upstairs and one downstairs). The best part is the showers are hot, something you will learn to appreciate when visiting Ecuador. The Kookaburra Cafe, also run by Chris and Jenny is part of the hotel, so you don’t have to walk very far at all for your morning cup of coffee. We look forward to meeting up with our new Ecuador friends while staying at the Kokkaburra.
at 10:54 AM