This Is Not For Sissy’s 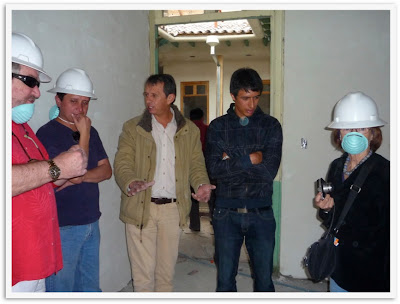 After meeting with the architect and his son we were feeling apprehensive about the project in front us. According to the architect there is a chance that due to the historic rating we will not be able to change some of the architectural elements in the house that are esthetically displeasing to us.

Mom and I were madly scrambling through the house trying to figure out  how we could disguise doors, walls, ceilings, floors, and other elements if we were  forced to keep them as they are. Some of the ceilings are painted a little to brightly for our tastes, while the doors are very plain and the floor has very narrow boards that we would like to replace with something more substantial. 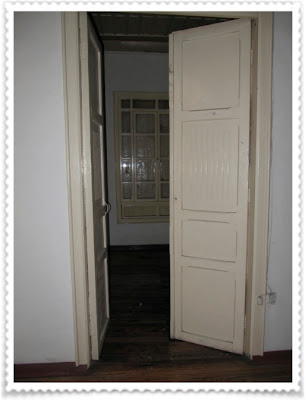 The architect and his son suggested that we visit one of their projects that they were working on for the city. It was a municipal building that they were completely restoring and it would house the police department and offices when finished. We were happy to accept the invitation as this would give us a good idea of the quality of work that this architect was capable of. 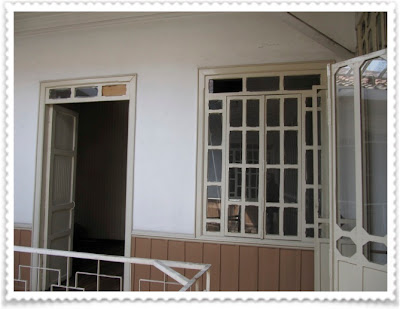 Our Interior Windows With Layers Upon Layers Of Paint 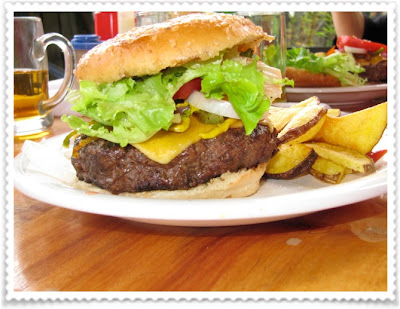 After a good lunch at the Inca Lounge where we indulged in their famous burgers. Carlos drove us to the architect’s project. As soon as we arrived we were given hard hats and dust masks. I’m afraid this may be our new attire and I must say it is not very attractive. As we entered the building it became apparent what a monumental task this had been. I dare say it was more of a project than ours. 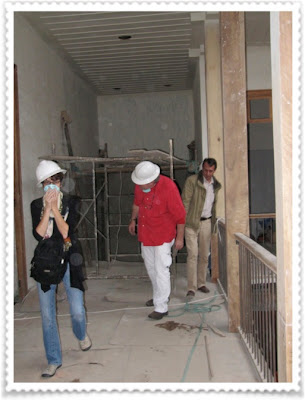 The facade of the building had to be completely refurbished while ours is in very good shape. The interior had been completely gutted. The work was absolutely flawless and no detail had been missed. The funny thing was that the building had many of the same architectural elements that our house has. The same elements that we thought were ugly ducklings had been transformed into something special and very pleasing to the eye. This gave us new hope as we were elated to see what could be done with the right vision. 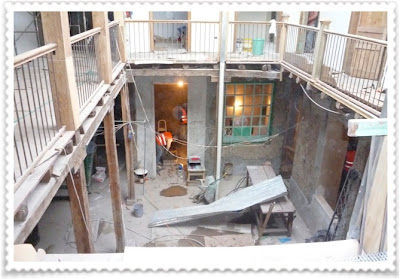 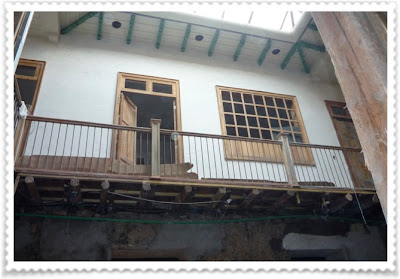 More Of The Architects Project. Very Similar To Our House

We had no idea how much work was involved in renovating an adobe house. The roof in itself was a major project. First of all a temporary roof would be built over the permanent roof to protect the house while the roof repairs were being done. Then all of the tiles would have to be removed and cleaned and the mud and bamboo would be removed. Once that was done a pond liner type of rubber would be laid down to prevent water from seeping in. Then a frame would be built over the liner and plywood would be laid down to form a base. The tiles would then be laid down on the plywood and tied together. At least that is what I remember, but I’m sure I am missing steps in there somewhere. 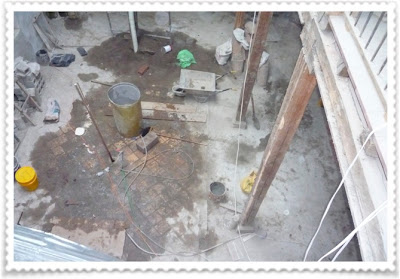 This Is What Our House Will Look Like At One Stage And This Looks Good!

On the interior walls, all of the stucco was removed and a mixture of horse manure and straw was applied to the walls as a base. Once that was dry the workers came along with a flame thrower and burned the straw so that there were no ends sticking out from the wall. The wall was then covered in a fresh coat of plaster and painted. 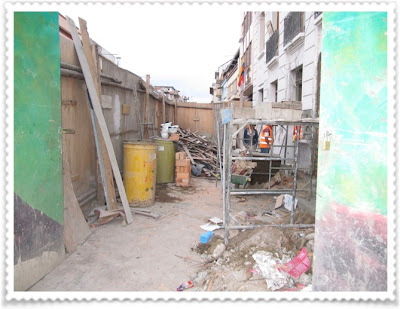 The Exterior Of The Project

Now on to the floors where most of the older houses are just wood floors laid directly on top of the dirt. The floors were ripped up completely and a wood frame was built with compartments so to speak. Each compartment was then filled with several big stones and then surrounded with smaller stones to form a solid base, then cement was poured over the stones to set them in place. After that the new wider plank floors were laid down and sanded and finished. 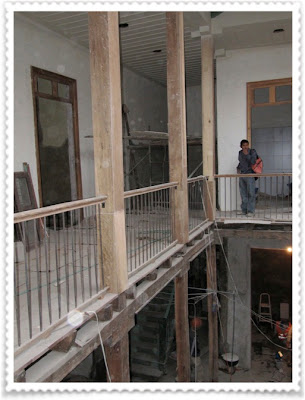 This project gave us a new outlook and great encouragement that our place could also be a diamond in the rough just waiting to be polished. The only problem now is can we afford this architect? The first time we met him, he gave us a figure of $20,000.00  off the top of his head to repair the roof and Rod was quick to tell him that that was not going to work. Even though the last architect didn’t work out for us he had only quoted $6,500.00 for the roof, so this was a very wide span.

Mom, Rod and I are thinking $10,000.00 is more in line for the roof repair, $12,000.00 being at the top of our budget. The architect is supposed to get us a formal quote Thursday evening. Now it remains to be seen if we have chosen an architect we can afford or if it will be back to the drawing board.
at 11:06 AM