Our Last Day In Cuenca 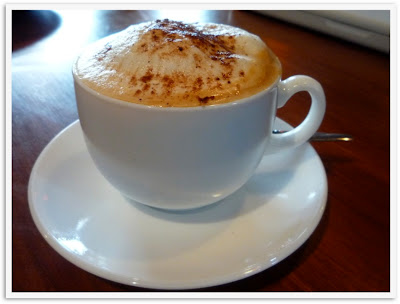 This has been such a marvelous week that I hate to see it come to an end. Rod has been ill the whole trip, but in spite of the constant pain he has been suffering he has been a real trooper and I know that he will be sorry to leave as well. We met so many people while we were here and even formed some new friendships. Jenny and Chris have been outstanding hosts and had to put up with us for an entire week while we took up multiple tables in the cafe having our morning Coffee Klatch with the other Expats. I will miss Jenny’s bacon, avocado, lettuce and tomato sandwiches and Chris’ perfect cappuccinos. 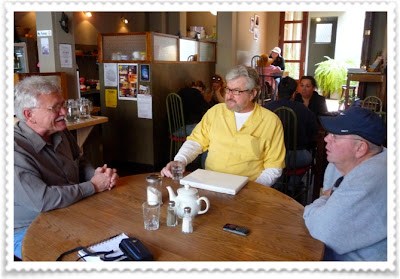 Rod, Ed and Mick At The Man Table

We will miss our new found friends and our old ones as well. Cuenca truly feels like home now. We have decided to try and return in September. Mick and Kathy think they will be there for good by that time, so it will be good to see them again.

This morning when I went down to the cafe to get my morning Cappuccino, I opened Mick and Kathy’s blog to find that they had written about our house buying adventure complete with pictures. You can view their blog at the link below.

http://mickandkathy.blogspot.com/2010/06/out-and-about-in-cuenca.html
After breakfast and some good conversation with our new found friends, Carlos came to pick us up and take us to Guayaquil where we would spend the night and catch an early flight the next day. We bid our farewells and promised everyone we would see them in September. Before leaving town we made a quick stop at the lawyers office to pick up our paperwork and then most importantly we stopped to pick up an inexpensive carry on so we wouldn’t have to fork out another $50.00 for excessive baggage weight.

The drive to Guayaquil was beautiful once again and this time I was able to snap more photos. I was really surprised at how well my camera did as I was shooting these photos out the window while we were moving. 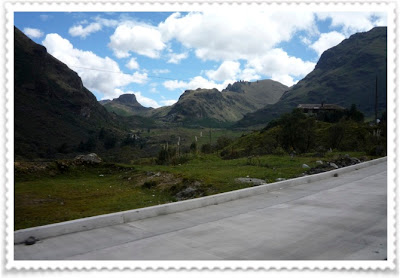 Beautiful Scenery on The Way To Gauyaquil 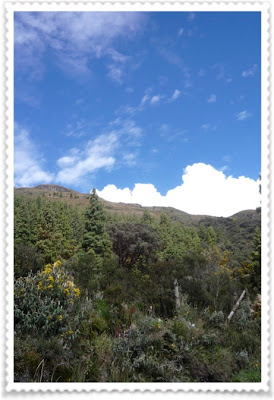 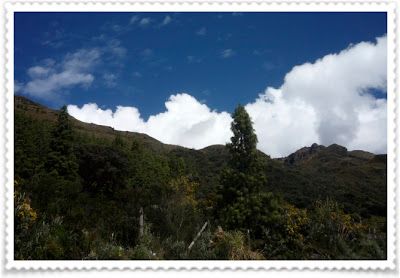 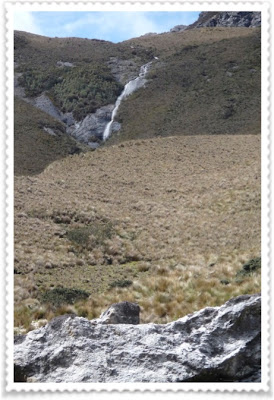 A Waterfall In The Distance 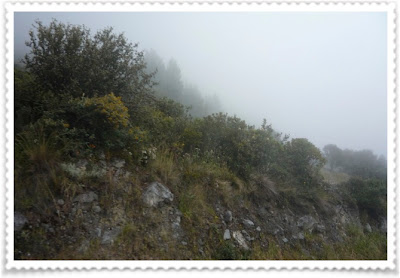 In The Cloud Forest Again

After we arrived in Guayaquil, we spotted a van on the road loaded down with passengers on the top. As we passed the van I could see the inside was full as well. What a hoot. 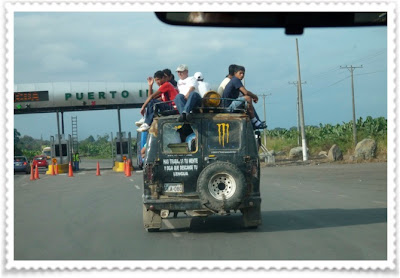 Carlos drove us to our hotel and waited outside while we checked in and put our luggage in our room. We all went to dinner at a restaurant on the water as by this time we were all starving. The food was not to good, but the scenery was nice. Carlos said they must have changed owners because the food used to be very very good. After dinner Carlos returned us to the hotel where we said goodbye until September and turned in early to try and catch a few winks before our early morning flight.
at 10:41 AM