No Time To Blog 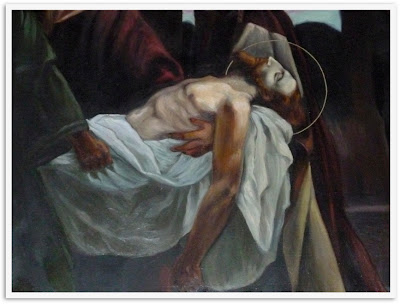 It is Sunday here and we are leaving Cuenca tomorrow. Today has been a truly eventful day for us. Just when I think I will carve a little time out to blog, something happens and off we go for another adventure. It is already 4:00 in the afternoon and I just finished up yesterday’s blog. We have met some wonderful people while we have been in Cuenca and truly feel like this is home now.

Today started out like most days and we headed to the cafe for breakfast. I went down first and as I entered through the doors, there were Jim and Kay. I asked them what happened as they were supposed to have flown out the night before. Apparently the flight had been changed to an earlier time and they were not notified. They told us how they caught a taxi back to our hotel and rang the bell several times. It was raining and Chris stuck his head out the upstairs window to ask what had happened. He was eager to hear the story forgetting that they were standing in the rain. We all had a good laugh over their misfortune and sat down to order breakfast.

About that time, Kathy and Mick walked through the door and Tresa and Ed soon followed. It looked like a big social in the cafe and then several of the bloggers that we followed came in as well. The cafe was full and it looked like a big party. Chris and Jenny were running their heads off. We all sat and made introductions and talked a while. Kathy, Mick and Rod and myself decided to have dinner together, so we are going to try a restaurant tonight that none of us has ever been to.

After breakfast we bid Kay and Jim farewell once again as they had a morning flight. Tresa, Ed, Kathy and Mick decided to take a field trip to our house with us, maybe we should start charging admission to help offset the costs of renovation (teehee). The six of us walked to the house and we began the tour, once again everyone seemed impressed relieving some of our fears.

While we were viewing the house two gentleman showed up and as luck would have it one of the gentlemen was Lucia’s brother, one of the previous owners of the house. The other gentleman was a friend and spoke very good English. I took this opportunity to ask if we might view the house next door since it was so close in design to ours and it belonged to the same family. Ularni (I hope I am spelling his name correctly) was happy to show us the house. He and his friend were very gracious and spent time showing us the property and giving us some history of the house next door.

It turns out the first Bishop of Cuenca lived in this house and according to him our house was built after this house, but that is not we understood from Lucia. I am sure in time we will learn more about the two houses and get the facts straight. Nonetheless it was very apparent that this was a house of importance. Very ornate and when we went upstairs into what is the parlor in our house, there was a shrine set up in this house. There were fine paintings everywhere (see the first photo in this entry) and statues and carvings all religious in nature.

There was a picture of the Bishop and a nativity scene enclosed in glass. I almost felt like we shouldn’t be taking pictures in this room, but Ularni said it was O.K. so everyone was snapping photos. The ceiling was much more ornate than our and was made of painted tin. What a treat to see this house and yes what we saw was extremely similar to ours. We asked Ularni about the facade of our house because it was much different than the facade on the house next door. He said ours was original, but again we will have to verify that.

Ularni shook our hands and thanked us for purchasing the house and then promptly told us he had a another house for sale. We must have looked extremely ambitious to him. He invited us for coffee with the family next time we are in town. He also said he had pictures he could show us of our house next time we come.

After Ularni and his friend Patricio left the six of us stood on the street a bit and talked and exchanged emails. Tresa, Ed and their dog MacKayla caught a cab home and Kathy and Mick headed off as well. By this time Rod was really feeling the pain, so we stopped at the pharmacy to try and pick up some medicine that Mick had said really helped him when he had a pinched nerve. I wasn’t sure how to spell it, but I wrote it down on a piece of paper and showed it to the pharmacist. The pharmacist typed something in the computer and then shook his head “No”. I wasn’t going to give up so easily, so I took Rod back to the room and I looked up the name of the drug on the internet.

I returned to the pharmacist with the correct spelling in hand and once again he shook his head. I pointed to another name that the drug may be called and this time he shook his head “yes”. I had a moment of triumph until he told me it was only available in the form of an injection. I motioned to the pharmacist and asked if he gave the injection. He shook his head and responded “yes.” I wasn’t really sure if he meant he gave the injection or he just sold the drug and we were supposed to self inject. I returned to the room to tell Rod the news and he was ready to try anything. I on the other hand was very leery of getting an injection given by a pharmacist in a foreign country.

I went downstairs and asked Chris if he knew of another pharmacy that may carry the drug. He drew me a map of how to get to a bigger pharmacy and I headed off to see if I would have any luck. After arriving at the pharmacy and using my best sign language I walked out with the oral dose of the much coveted medicine. When I returned to the room with my little bag in hand I did a little victory dance and then promptly returned to the cafe to partake of some yummy fig cheesecake and celebrate my triumph. 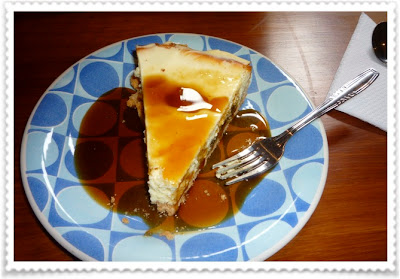 A little later I called Dad to wish him a happy Father’s Day and then called Lindsay to chat. I was trying to be discreet and remind her it was Father’s Day, so I kept typing messages into Skype while we were talking trying to give her a hint. She finally said “Mom why are you typing messages to me asking if I want to talk to Dad?” Uuuuugh, my cover was blown and by this time I was a bit irritated. A few seconds later Lindsay asked me what we had done for our anniversary? Oh My Gosh, we had completely forgotten all about our anniversary on the 18th. Now who had egg on their face?

Later that evening we met Kathy and Mick at The Terrace restaurant for dinner. Rod had read on some of the blogs that it had the best steak in Cuenca, so we decided to give it a try. The meal was absolutely delicious and we all enjoyed the company and conversation. We got to hear how Mick and Kathy first met, it was quite a funny story, but you will have to ask them to tell you. 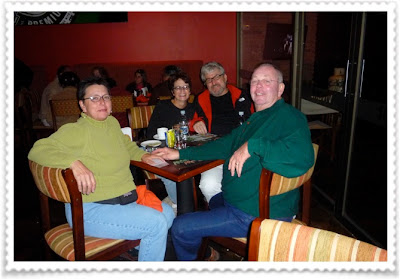 Jenny had read an article that the Terrace had been robbed a couple of days before by a gang that had come in, demanded the customers hand over their money and then robbed the restaurant. We didn’t want to scare Mick and Kathy, so we waited until after the meal to tell them this story. We all agreed this could happen anywhere in the States and decided that in spite of the news, the restaurant was a definite keeper. We closed the place down and all caught a cab home. A perfect ending to a perfect day.
at 10:35 AM