Our First Day In Cuenca 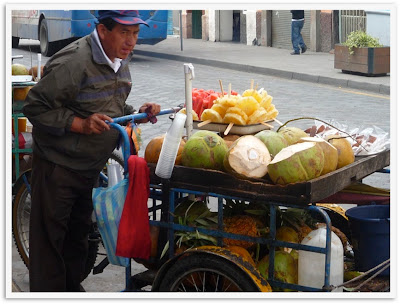 This morning we decided to try out a breakfast place that our hosts suggested and Rod has been reading about on the blogs. As soon as we stepped out the door of our hotel we were greeted by a street vendor selling fresh fruit, there were actually several of them up and down the street and the smell of fresh cut pineapple filled the air with a sweet wonderful smell. You can buy watermelon and pineapple on a stick just like a popsicle. I will have to try this while I am here.
Map in hand we headed towards the restaurant. We completely passed it up the first time as it was so small, maybe 5 tables in the whole place, but once we found it we were completely surprised. What a hidden gem this is. The menu is in English as well as Spanish and offers just enough fare to please almost anyone. Anything from omelets to the standard egg, bacon and toast to porridge as well as yogurt with fresh fruit. The wait staff does not speak English so Rod and I gave it our best shot. I think we did pretty good. Rod ordered a ham and cheese omelette and I ordered the Porridge with fresh bananas. 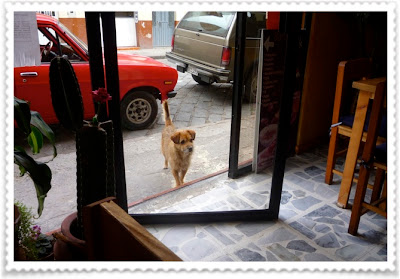 One Of The Locals Wondering “What’s For Breakfast”

Before we even got our food the staff brought out all sorts of condiments, we weren’t  sure what we were getting, but when our dishes arrived they were very good. I have to say my Porridge was the best I have ever had, it was like eating rice pudding right off the stove...creamy, rich and thick. I thought of Dad while I was eating and knew he would have enjoyed it immensely. The wait staff had brought me a whole banana so I sliced it on top of my cereal and then sprinkled it all with some raw sugar. What a treat. Half way through I decided to add some milk and maple syrup I was now officially in Heaven. 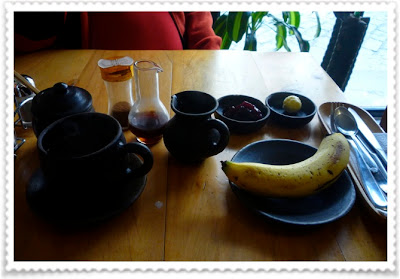 All Of Our Condiments My Porridge All The Way 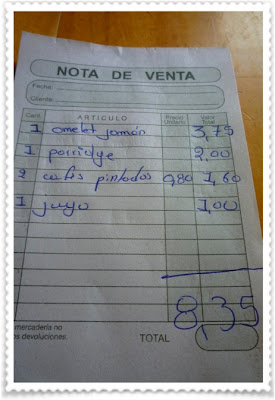 Can You Believe Our Final Bill For Such A Wonderful Meal?

While we were at the cafe we met a nice Gentleman who has been living in Cuenca for two years now and has apparently lived many places around the world. He professed that Cuenca was by far his favorite. He seemed to be well known at the cafe and was trying to teach one of the servers some English. After we bid our goodbyes, we set off on foot once again to do some sightseeing.
We were very close to the river so I wanted to take a look at it and get some photos. I climbed down a very long flight of stairs to get a view of the river while Rod waited for me at the top. The river was raging and you could hear it from a long way off. When I started back up the stairs I told Rod I could really feel it in my thighs and calves. I can see Buster and I will be in excellent shape once we live here and we climb those stairs everyday on our walks. Rod says I’ll probably have to carry Buster up the stairs and I think he is right. 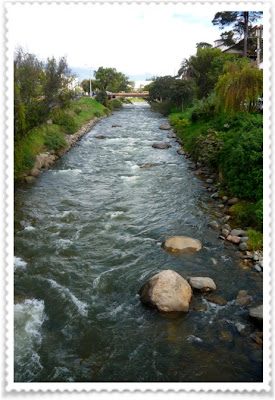 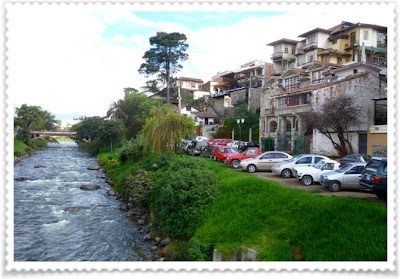 The River Is Only A Block From Our House

We looked at some of the architecture on the way and poked our heads into some buildings to see what they had done to the inside and then headed back to the hotel for a nap. This afternoon we will be meeting with the architect, our friend Maca and Lucia (one of the previous owners of the house). 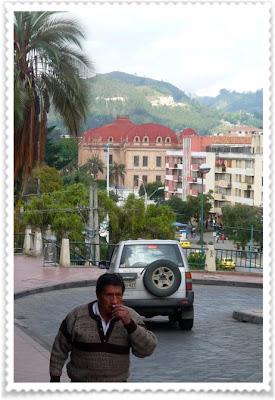 A Street Leading To The River 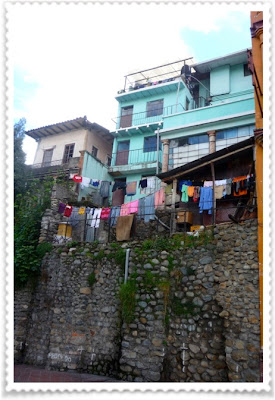