Our Last Days In Cuenca 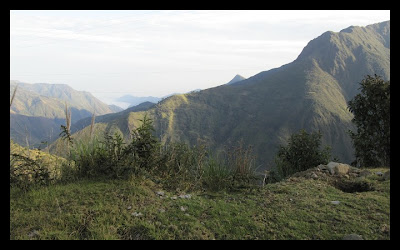 We have been back in the States since Monday and have been recovering from jet lag, fatigue, over eating and the non stop pace that we maintained while in Ecuador. It seems instead of feeling more rested each day we are feeling more and more tired, maybe it’s the anticipation of what lies ahead of us these next few months.  Once we return home our days will be consumed with getting ready to open our second Business location. Of course right behind that are the holidays and that will include more traveling.

The other night Sebastian (one of our architects) sent us pictures of the beginning of the roof repair on the Ecuador property. It’s exciting to finally see some progress and it is good to know that we have accomplished what we set out to do on this trip. 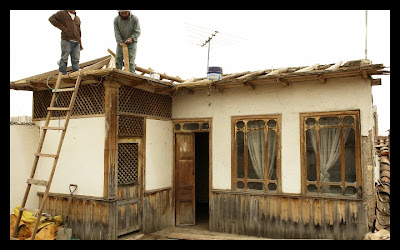 Working On The Roof Of The Chapel 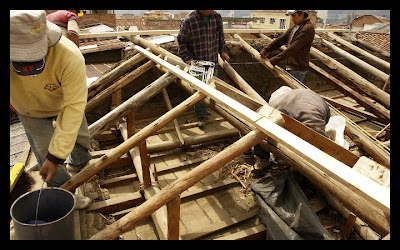 Our last couple of days in Ecuador were spent trying to tie up all the loose ends on the house. We were able to get the first set of floor plans, a contract and the specifications of the house before we left. I have since emailed the contract to our lawyer for translation and her input. Mom and I made copies of the plans so we could each have a set to pencil our ideas on.
On the Friday before we left Cuenca, Mom and I got brave and decided to get our hair cut. We had passed by this particular salon on several of our walks and it always seemed busy. It was run by the owner and his partner and neither one of them spoke a word of English. It took us a day to get our courage up, but in the end we decided we had to learn how to do these things on our own. We couldn’t have Carlos glued to our side all the time to translate. We told ourselves the worst that could happen would be that we didn’t like the cuts, but we convinced ourselves it would grow back.
Mom was really brave and decided to get a pedicure as well, so in we went with our spanish pocket book in hand and told the owner we needed a trim, shampoo and blow dry. I have no idea if we rolled our “R”s and silenced our “J”s correctly, but the stylists seemed to get the idea of it. I wasn’t taking any chances though and I spied a styling magazine across the room. I quickly snatched it up and thumbed through it until I found a style very close to my own.
Mom was having her pedicure first, so I was the first victim. I sat in the chair and pulled out the picture in the magazine. The stylist threw his hands to his face and feigned a look of surprise as if to say “I am so shocked you chose this style” when all along it’s as if he knew this is exactly the style I would choose.” He started snipping away, and on several occasions was talking to the other clients and stylists without even looking at what he was doing. I swallowed hard wondering if I would be bald in spots, but when I got out of the chair, much to my surprise I had a haircut just like the one I get in the States.
Mom was next and when her stylist saw her pedicure (which by the way was very nice), he commented on her toes and how nice they looked. As he was speaking we were frantically looking up words in our pocket spanish book hoping to carry on at least a semblance of a conversation with him. When I looked up one of the words that he had spoken, it translated to Tuna. Mom and I started cracking up having no idea what tuna had to do with her toes. We were laughing so hard the stylist started to laugh with us. We gave up on the book and just decided to wing it. 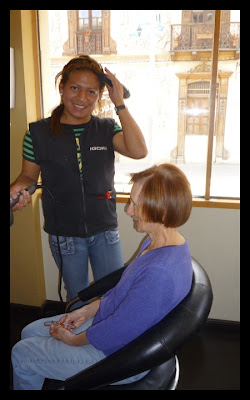 The stylist asked Mom what she wanted done with he hair and of course she reverted back to the good old sign language. She wasn’t getting to far with that, so finally the stylist just said “chop chop” and Mom nodded yes, Yikes! At the end her hair turned out fine and we were so proud of ourselves that we had survived with our hair intact. We both decided we will be using this salon again, it was actually a lot of fun and he best part is our haircuts only cost $8.00 ea. and Mom’s pedicure was $6.00.
Later that afternoon we decided to open our bank accounts. We wanted to take Carlos with us since there were legalities involved and the bank officer did not speak the best English. Unfortunately we didn’t realize that it was going to be such an involved process and we didn’t allow ourselves enough time. We did end up getting our accounts open, but only in our own names. Our officer explained that he would need more time to add additional signers and he could not get our debit cards to us in time. Apparently you must have a debit card to use on line banking and the bank will not mail your bank statements to you in the States.
Mom and I decided that to be on the safe side we would only start the account with the required $250.00 and finish opening it the next time we returned. We did find out that Ecuador only insures your money up to $25,000.00 which is quite a bit lower than the States. At this time we are only setting up accounts for convenience when we travel, so the $25,000.00 is really not an issue.
When we left the bank we crossed the street only to find that Carlos’ car had been towed for being parked over the limit of time allowed for the location. Mom immediately dubbed him Carless Carlos. Leave it to Mom to find humor in any situation.
While Carlos was getting his car out of hock Mom and I made a mad dash for the house where we were supposed to meet with the architects and Rod. We ran across the street and then the steep embankment of stairs that lead to the river. By the time we reached the top of the stairs we were huffing and puffing and it felt like my lungs were on fire. We made it to the house with minutes to spare. No doubt we will all be in shape living in Cuenca.
Friday night Mick and Kathy treated us to dinner at the Mansion De Alcazar. Henry, Carlos and another couple in the process of moving to Cuenca were there also. Bob and Elaine, the couple that we met, are moving from Asheville, North Carolina. They were set to fly home earlier in the week, but were bumped from their flight because of the strike. The evening was a blast and of course never a dull moment with Mick. We really enjoyed meeting Bob and Elaine and hope to see them again soon. 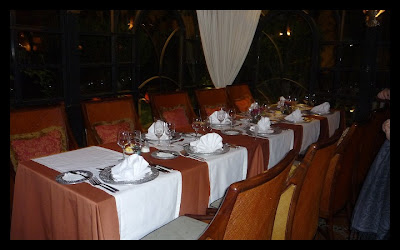 Our Beautiful Table At The Alcazar
Saturday morning we woke up at 5:00 a.m. in order to meet Carlos at 6:00 and head to the coast where he wanted to show us a business deal he was working on.
It was a very long drive to the coast and surprisingly not anything like what we expected. We drove through many very poor villages along the way and a lot of dry barren landscape that had very little vegetation. When we finally arrived at the place Carlos wanted to show us, we drove up a small dirt road to the top of a hill. The scenery from the hill was breathtaking, you could see the ocean and acres of farmland all around. It was so peaceful you could just imagine sitting on the deck enjoying the cool breeze and the sound of the ocean. 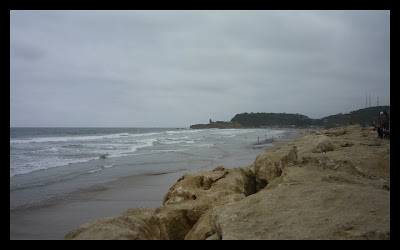 We stopped for lunch at a small town called Montañita, which turned out to be quite an interesting little town. It was mostly populated by young people selling their hand made wares on the streets which are lined with seafood carts, hotels, restaurants, bars and shops. The town is very popular with the surfers and looked to be quite the party place. 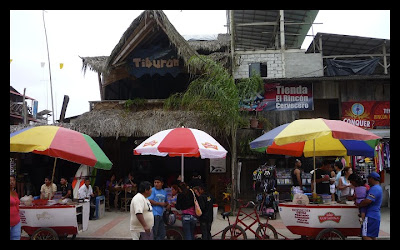 A Street In Montañita

After lunch we headed back to Guayaquil where Carlos dropped us off at our hotel. It had been a long day and we all turned in at the very embarrassing hour of 8:30 p.m. We had to be at the airport at 4:20 in the morning in order to catch our early morning flight back to the States.
at 9:35 AM