Two Of The Most Important Women I Have Ever Known 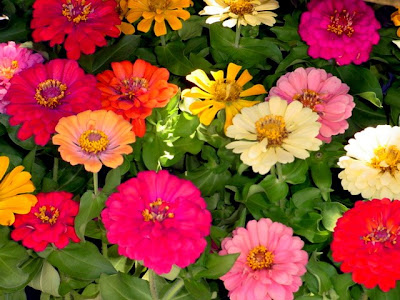 This entry is dedicated to my two Grandmothers whom I miss very much and even today are still are a huge influence in my life....
Several days ago I received a generic email from 1800flowers.com reminding me of my Paternal Grandmother’s upcoming birthday. Even though I realized this email was nothing more than an attempt to make a sale, it really hit home with me. I lost both of my Grandmothers almost within a year of each other, the latter of which was last year.
My paternal grandmother whom I lost last year was a mother of three. She and my grandfather spent a wonderful active life together and were very much family oriented. They were survived by their two daughters (my father passed away years earlier). I was so blessed to have these two people in my life, they were actually a second set of parents. 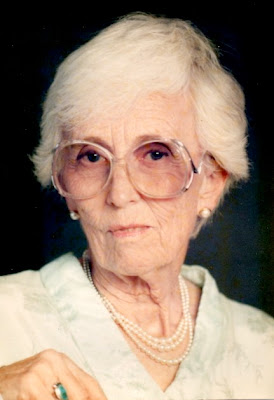 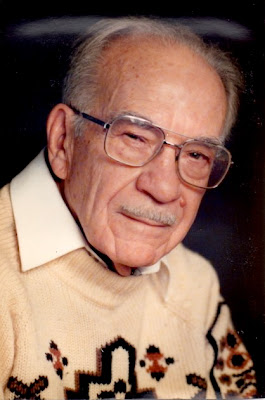 My grandmother and grandfather were and are affectionately known as Grammy and Grampy. My Mother and Father divorced when I was very young. Grammy and Grampy took us in and turned their basement into a little apartment for us until my mother could enter the work force and get established.

Even after we were able to get out on our own feet, my grandparents were fully immersed in my life. They took care of me during the day while my mother worked and made sure I got to and from school. My Grandmother volunteered at the school library and after school she would cart me around to swim lessons, baton lessons, Brownies, etc. We were constantly on the go, my grandmother was the original “Soccer Mom”.

We took endless vacations together with my Aunts, Uncles and Cousins. I was exposed to more things in my childhood than some people experience in a life time. My Grandparents always had an adventurous side in everything they did. They made every trip an adventure and made lasting memories that will be with me forever.

I remember one time when I attended an aerobics class with my Grandmother. I was in my early 20’s and supposedly fit, by the end of the class my tongue was hanging out as I was trying to catch my breath and my grandmother was still going strong. 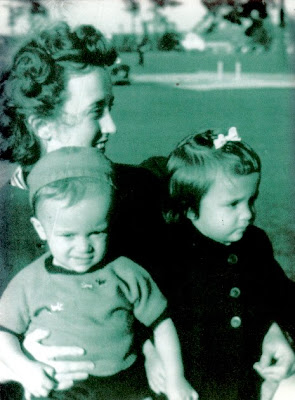 Ora Mae With My Father and Aunt

My maternal grandmother was quite different from my paternal grandmother in many ways, she had a great sense of humor and found the most obscure things funny, but she also had an adventurous side and was very family oriented as well. My maternal grandparents were known as Nana and Grandpa and they also spent many wonderful years together and were the best of friends. They were survived by their three children, my mother, her sister and brother. 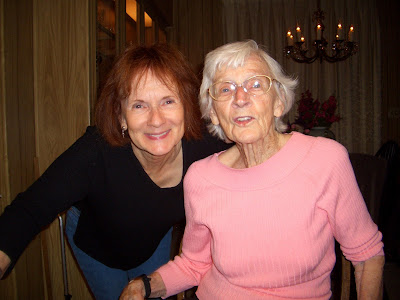 Olive Deal And Her Daughter Dorie

I have fond memories of spending parts of my summers in their little vacation trailer in Crescent City, California. I remember often walking to a nearby field with them and picking blackberries and wildflowers. Their trailer was amongst many others and I had a little red headed boy friend named Eric. Nana and Grandpa would give us change and we would go to the general store to buy candy. Eric would always have to count my money for me. Boy I bet Rod wishes I was still spending change instead of dollars these days.

Whenever I was sick I was sent to my Nana and Grandpa’s house where they would nurse me back to health. I remember one year in particular when both my mother and I were sick, I think we had the flu. We were both in bed and my Grandmother came to stay with us until we were well enough to take care of ourselves.

I remembered my Mother telling me a story about some wild idea Nana once had and I asked her send it to me. This is what she wrote...

I think I was around 7 when the company that Dad worked for was offered a big job in Saudi Arabia. They were going to arrange for Dad to bring his family and they would provide for our education at the English school. Mother was so excited and even though I don't think she knew how to ride horses she decided that we would raise Arabian horses. When I got home from school she would tell me all about the horses and how fast they would run with their manes blowing in the wind, and we would soon learn to ride them.  The bubble burst when Dad's company decided not to take the job. I remember being disappointed, it sounded so exotic this far away place with people that lived in big tents So, mother decided to raise parakeets and then moved on to raising poodles, not very exotic!

Wow! and we wonder where my Mother and I get our constant need to change things up all the time.

Both of these women and my grandfathers as well were a huge influence in my life. They have left their mark on me as well as others forever. I see more and more of my Grandparents in myself the older I get and I know they would love the Ecuador adventure we are on now, in fact Nana would be laughing right along with us at some of our misadventures. Both of these women were strong, adventurous and lived life to its fullest. We should all be so lucky.

Today is Grammy’s birthday...Happy Birthday Grammy I love and miss you both very much, you will always live on through me.

Your Granddaughter,
at 9:47 AM